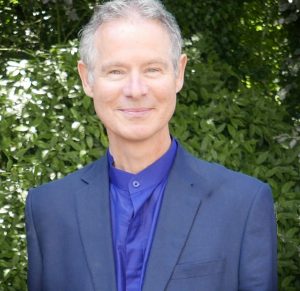 What is Traditional Acupuncture?
Traditional acupuncture is a profound and ancient system of healing which stems from Chinese Traditional Medicine (CTM). It has been used for thousands of years to restore, promote and maintain good health. CTM regards the mind, body and spirit as a unity. Acupuncture is founded on the principle that our health is dependent on the state of our vital energy or Qi. Treatments are aimed at re-establishing the balance of a patient’s Qi via the insertion of extremely fine, sterile and disposable needles into specific points on the body. Acupuncture is now widely accepted and used all over the world.

What is Shiatsu
Don’t like needles! For a more hands on approach, try Shiatsu. Originating in Japan, Shiatsu is a traditional bodywork therapy utilising a combination of massage and acupressure points. It is similar to Acupuncture and is a branch of Oriental Medicine. David uses a variety of techniques, such as gentle holding, pressing with palms, fingers and arms to specific channels and points. He may also use more dynamic rotations and stretches to mobilise joints and muscles. The aim is to regulate and improve the flow of vital energy and blood and to stimulate your body’s natural healing ability.
Clients remain clothed during the Shiatsu session, so wearing loose, warm and comfortable clothing is advised. Shiatsu is a deeply relaxing experience.

David trained at the prestigious International College of Oriental Medicine (ICOM) where he attained a BSc(Hons) in acupuncture under the accreditation of Greenwich University. ICOM is the oldest college in Europe specialising in acupuncture.

David studied and obtained his diploma in Shiatsu at the European Shiatsu School.
He has studied the concept of Qi for over twenty five years, initially through the practice of martial arts and meditation and later in the form of Qi Gong and Tai Chi.